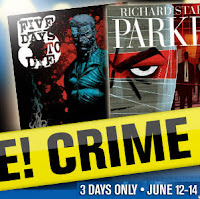 In the Summer of 2010, IDW Publishing released 5 Days to Die, a weekly series providing five issues of hard-boiled, action-packed crime, underlying a deeply personal story of fatherhood and redemption. 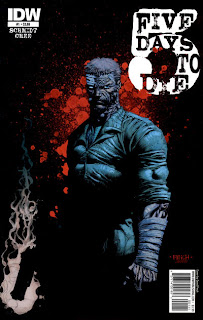 During the session, one workshop member asked Schmidt about the introduction of Ray Crisara, his main character. In the mini-series' opening scene, Crisara and his wife are in mid-argument, shortly before a tragic car accident that propels the rest of the story forward.

"I wanted to show that while they were dysfunctional, they were still a family," Schmidt said. "They may not like each other, but they still love each other."

However, he said, it was a counter-intuitive move, and that he was concerned it might make his protagonist unlikeable for some. But, Schmidt said, he believed it would pay off after people read the issue as a whole.

"I was hoping that he was a well-formed enough character by the end of the first issue that people would get on board with him," Schmidt said. "That the mystery would pull people through." 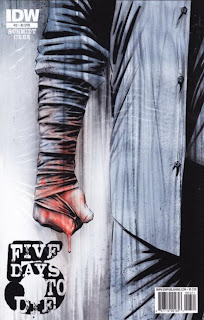 The flawed, vulnerable look at Crisara's family life also fit in with Schmidt's conception of the character, and his desire to avoid certain clichés of the action/thriller genre.

Schmidt and Chee also discussed many of the book's visual elements, including the color scheme, which provided a wash of color over each page, underlying the book's emotional content and the main character's deteriorating mental state. 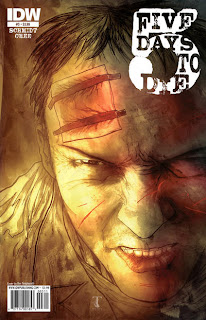 Chee, who handled coloring as well as art duties, said he was inspired by Darwyn Cooke's work, particularly on his Parker series of books for IDW Publishing. At first, he said, he planned on using only blue tones.
"Then Andy suggested reds and yellows, which really helped," Chee said.

Chee also noted that the comic's distribution schedule, and his need to complete all five issues before any were released, was both a relief and a challenge.

"It gave me a lot of lead time, but I was also quite nervous about how the book would turn out," Chee said. "I would print the pages out and try to figure out what the results would look like."


Other topics discussed during the book club session included:

* How Schmidt and Chee began collaborating;
* The pitch process of 5 Days to Die, including the role played by alternate covers, and by the story's potential for other media;
* The series' use of strong double-page splashes
* How the weekly shipping schedule affected sales;
* The role of women in the story, and in action stories generally;
* Collaborating with artist and writers in other parts of the world;
* Injecting humor into a dark story;
* Marketing the book;
* And many more. 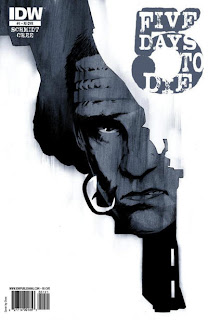 --Posted by Paul Allor
Posted by RobAnderson at 10:50 AM