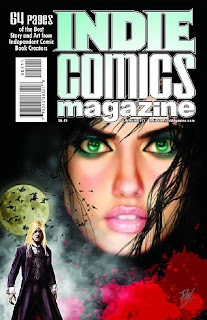 The genres in this issue range from crime to zombies to sci-fi.

Issue #6 is now being solicited for pre-order on page 228 of the June 2012 issue of Diamond PREVIEWS and may be ordered via your local comic shop. (PREVIEWS Order Code: JUN120752) 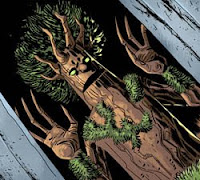 In McMillan's Timber Tom, a space alien is not what it appears to be. In Kim's The Dead and Endless Wastes, a young Teddy Roosevelt battles zombies in the Old West. In Møane's Staying Positive, office sex is far from casual. In Anderson's Animal Control SCU, designer hybrid pets have become the latest fad. And in Sergi's The Zombie War of 1812, the British army joins with the Americans to battle an unexpected -- and undead -- adversary.

Congrats to all our alums and members appearing in this issue of Indie Comics Magazine!

Posted by Comics Experience with Andy Schmidt at 3:01 PM