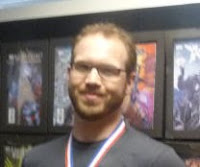 In his new role, Jody will contribute to Valiant's relaunched line, which includes X-O Manowar, Harbinger, Bloodshot, and Archer & Armstrong.

"Valiant is already off to a roaring start and I'm thrilled to be joining such a talented team," said LeHeup.

Jody previously spent four years as a Marvel editor where he managed many bestselling and critically lauded titles during his tenure, including Uncanny X-Force, Age of Apocalypse, Deadpool, and X-Factor. His work on the acclaimed anthology Strange Tales garnered him a Harvey Award nomination in 2011.

"When we began our search for a new Associate Editor, Jody's name was at the top of my list," said Simons. "I had the opportunity to share an office with Jody at Marvel, and I saw firsthand how dedicated he was to creating amazing, innovative stories. He has a tremendous love for our medium, and I know he'll be an exceptional addition to our hardworking team at Valiant." 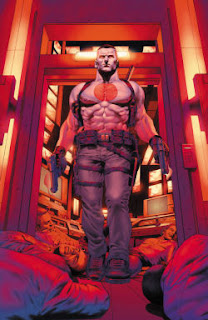 In 2007, prior to his time at Marvel, Jody took the Comics Experience writing class, when it was still being taught in person in New York City. (Courses are now taught live, online.)

“The Comics Experience writing class is a fantastic environment in which to hone your
storytelling skills and I recommend it to anyone looking to learn more about the craft of comic book writing. Whether you’re looking to begin or improve your work, Comics Experience has something to offer you. Not to mention the fact that the networking I did there played a part in getting me my first interview for work in the industry.”

Valiant Entertainment is a character-based publishing and licensing company that owns
and controls some of the most cherished comic characters ever created across all media worldwide. Since their creation in 1989, Valiant characters have sold 80 million comic books and have been the basis of a number of successful video game franchises.

We want to congratulate Jody on his new position!
Posted by RobAnderson at 10:23 PM