So, I know I've been lacking with the blog lately, and I apologize, but it's because Comics Experience is doing more than it ever has before. We just wrapped up another sold-out Intro to Comics Writing class and we're doing the Intro to Comic Book Art class and starting up Lettering and Production this Wednesday (you can still sign up!).

I thought this wouldn't be too tough to do all of this all at one time. Boy, was I wrong. And the creators workshop is in full swing as is the book club. We recently had Christos N. Gage and Chris Samnee come to the book club and talk about AREA 10, their excellent Vertigo book. And Peter David just reviewed a script for the Creators Workshop.

Pulling this all together is work, as it turns out. It's fun for me, but the idea is to make sure that anyone who joins the creators workshop, never has a reason to leave it. And that the group as a whole function to support one another.

It's been an eye-opening experience for me, so far, and an extremely rewarding one, seeing the scripts come in, seeing people tackle the artist and writers challenges and networking with one another.

Unfortunately, that means I haven't had time to blog as much lately. I'm trying to change that this week. Trying to hit three blogs this week (let's see if I can make that happen...).

But my point is, I've been really impressed and inspired by the talented people in both the classes and the workshop. And one day, if you want to make comics, I hope you'll join us.

This is a very exciting time to be a part of Comics Experience. We've got more classes and more students (or clients, if you prefer) than ever before. I've been enjoying being a part of the classes and look forward to them immensely.

And now, with the Comics Creators Workshop now, there's a way to keep the learning going and the helpful critiques continuing indefinitely.

And some new initiatives are in the works that could be mind blowing. I think we've got a wave of great stuff happening right now with the enthusiastic and knowledgeable instructors and the new programs.

I've been reading a lot of scripts and looking at a lot of art and it's just been great. The growth and style these guys have is tremendous and only one week in I can already see the classes starting to gel. It's great.

If you've ever considered a course, obviously, I'm going to recommend them. But to my credit, I've not yet had a dissatisfied student. This is a lot of fun and very informative.

And worth just saying thank you to everyone who has supported Comics Experience so far. Thanks for everything.

REVIEWS ARE IN AND THEY'RE GOOD! 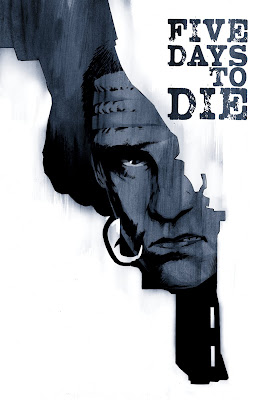 Holy awesome! Many a review went up about 5 DAYS TO DIE #1 last week and they're all really great! Check them out! And if you haven't yet (if you read this blog regularly, you should already have read it!), then check out issues 1 and 2 a your store this week!

Check out these awesome reviews to convince you...

And I have to say, I'm extraordinarily flattered by all of this.

Andy
Posted by Comics Experience with Andy Schmidt at 12:06 AM 3 comments

Intro to Art and Intro to Coloring start next week!

Wow. Today was amazing. My creator-owned book came out today. And I'm amazed with the reviews and feedback so far. People seem to really like it, which is awesome. But more on that later. Tonight, I want to talk about my real passion and that's teaching these courses and helping new comics creators express themselves! Let's talk about the classes we're offering right now.

INTRODUCTION TO COMIC BOOK ART is taught by myself and Robert Atkins. Robert's been teaching and drawing comics for years and he's not only a top-notch storyteller, respected professional, and popular artist, he's also one of the most generous people I know. I can't wait to start this class with him on MONDAY! Don't miss out, folks. This is a real opportunity for you to learn how to do comics for real and in just six short weeks. Totally worth it. Sign up for it now.

Also starting next week, is Chris Sotomayor's INTRODUCTION TO COMIC BOOK COLORING class which has just gotten a huge response from the people who have taken it. I was amazed that people with little to zero Photoshop skill could jump in and have good, quality, professional colored pages by the end. I mean, really, really, amazed. When he and I designed the class a year ago, I just didn't think that was likely. I didn't think it would happen. But man, he proved me wrong.

Much like Robert, Soto as he's known, is also extremely generous (with a mildly more potty-mouth, I'll admit) but a totally awesome guy and also respected within the industry. He's helped many a working colorist get their start already, and he loves to see artists succeed and do what they love. This class starts next Thursday and is totally worth it as well.

Coming soon, we've got the LETTERING AND PRODUCTION class which, as a writer, is a pays-for-itself course. Letter your own books and do the production work on them, and you will save yourself tons of cash! True for artists, obviously as well.

This one is taught by Dave Sharpe, who has lettered for every publisher under the sun. Also a great guy, hard working, honest, and genuinely happy to help and work in comics. LETTERING AND PRODUCTION starts at the end of September. And you can sign up now for it as well.

The next INTRODUCTION TO WRITING course starts the first week of November.

INTRODUCTION TO DIGITAL AND TRADITIONAL INKING also starts the first week of November. It's taught by myself and Jonathan Glapion. Jonathan, like the others on this list is honest, hard working, and is set up and ready to go. In the last few years, Jonathan has really been leading the charge legitimizing digital inking as a valid artistic expression. His digital inks are just as good as anyone's traditional inks--including his own!

This is a real bonus for artists who want to ink themselves and get that extra cash in pocket or for anyone who wants to learn to communicate with inkers in a real and engaging way. I can't stress enough how cool this class is going to be. I'm really looking forward to it myself!

So if you're looking for a place to learn the craft of making comics, Comics Experience is it. These guys are all bound by the same rules I started on myself--it has to be a class I would want to take, it has to be filled with information and technique, it has to teach a methodology to getting the work done while still allowing the students to express themselves artistically. And most of all, it has to be an honest and encouraging environment.

So jump on in to a Comics Experience course and get your comics career started today!

Andy
Posted by Comics Experience with Andy Schmidt at 12:13 AM 1 comments