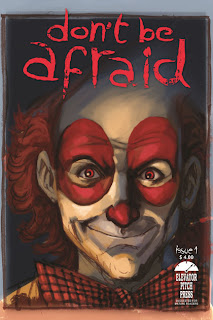 In this guest blog, Comics Experience alum and Creators Workshop member, Dan Rivera, discusses his new project, Don't Be Afraid, and offers tips for editors of anthology projects. Dan will be at Booth 2939 at New York Comic Con, in the Small Press Section, so make sure to stop by!

In October 2010, the members of Elevator Pitch Press (comprised of a group of Comics Experience alums from the first online Intro to Comic Book Writing class) were talking about what to do next after our first release: Tales from the Comics Experience.

We decided to do an anthology of zombie stories married with historical events, and that led to the three issues of Great Zombies in History (GZiH) that came out earlier this year. 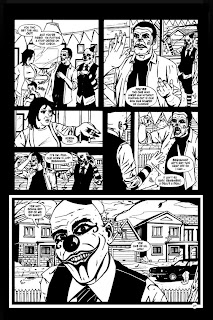 We also wanted to have another anthology that was tied to a singular theme. Many names were bandied about, and we settled on the theme FEAR. However, our energies were completely invested in the GZiH books, so “FEAR” fell by the wayside. Time passed and some of the EPP members had other commitments and had to pull out.

Last March, I attended C2E2 in Chicago and spent a fair amount of time in the Artist Alley and Small Press areas. After looking at the various books that were being sold (especially after having seen some of the finished GZiH stories), I felt that we at Elevator Pitch Press could put something out that would be just as good as anything being sold at that con. 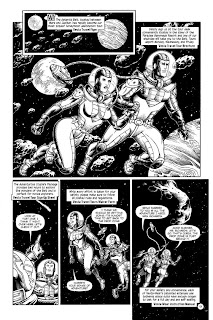 Emboldened by a newfound confidence, I emailed the group and offered to take the lead. This was the first time that I took charge of anything since my high school yearbook.

Thankfully, working with these guys has been a pleasure. The level of professionalism in this group would impress any editor in the industry. Everyone got their stories to me in time for the book to be ready for New York Comic Con.

The hardest aspect of getting this book together was deciding on a title. After seeing the cover by Darick Robertson (Transmetropolitan, The Boys) and Richard P. Clark, the one thing that came to mind was...Don’t Be Afraid.

While I am no expert on editing, I did take away some important lessons from this experience:If you are attending NYCC, check out Don’t Be Afraid at the Elevator Pitch Press Booth -- #2939 -- in the Small Press Section.

Dan Rivera is on Twitter as @danriveraprime and can be reached via email at nuyoricansol@gmail.com. His webcomic, Platinum Falls, will be live in 2012.