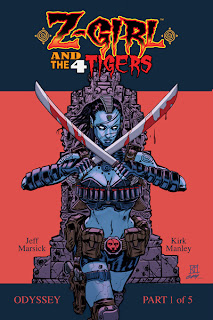 In this guest blog, comic book writer Jeff Marsick discusses his projects and the impact of the Comics Experience Introduction to Comic Book Writing class on his career. Jeff will be at Booths 2950, 2951 and 2952 in the Small Press area of New York Comic Con next week, so stop by and see him!

First there was Z-Girl and the 4 Tigers, a book about a monster-hunting special ops team of ancient Chinese warrior spirits led by a female zombie.

Then came the horror-meets-noir Wendover about private eye and a sheriff discovering a conspiracy of evil at a casino in Wendover, Nevada.

And next week’s New York Comic Con will see the debut of my THIRD self-published comic book, Dead Man’s Party about a hitman who puts a contract out on his own head. 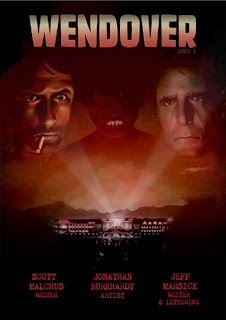 Had I never taken that course three years ago, none of these comics would exist. See, I’ve wanted to write comics ever since I could spell Mxyzptlk, yet always figured that I needed to know someone who knew someone who could teach me the secret handshake just to get in the door. Sure, there’s the legendary Brian Michael Bendis do-it-yourself story of makin’ it, but when you’re marriage-kid-career deep in life, the dream of creating comic books seems like a ship that’s already sailed.

When I’m asked about the Comics Experience course and why I think it’s so important for the fledglings or the merely curious to take it, I focus on two important points that you won’t find in the brochure: camaraderie and confidence.

Yes, former Marvel editor Andy Schmidt as your teacher is the major selling point. Yes, the guest instructors are the Twinkie’s cream-filled center. Yes, learning to write a story confined to five pages of real estate is not only Calculus III kind of difficult, but it is absolutely necessary if you are EVER to understand the mechanics of telling a tale in sequential panels.

But you take the course with other like-minded aspirants who are also hungry to learn the craft, which in itself creates something of a think-tank environment. Our class of strangers came together as the weeks ticked off and we were soon bouncing ideas off each other, poking holes in logic, and offering constructive advice for improving concepts and execution. 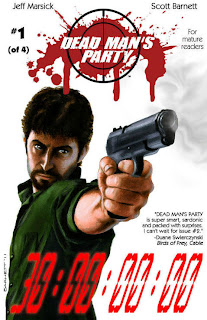 (I like to brag that my class had before-he-was-a-superstar Nick Spencer, fresh off the bus into the wilds of New York City. Now, while I wouldn’t OFFICIALLY take credit for being influential in his career, mine WAS one of the critiques on his five-page short story assignment, so…conclusions can be drawn.)

Writing is typically a solitary pursuit, but when you’re learning to write scripts in the comic book way, having a built-in support group is extremely helpful.

The most important takeaway from the class, though, is confidence. We all know that the roads to the halls of DC or Marvel or Dark Horse are paved with land mines and barriers that can’t typically be leaped with a single bound. Yet we’re all filled to bursting with tales we want to tell, stories we want to see in all the glory of multi-paneled pages. If the bigs won’t take a chance on you, well, that means your only option is to do it yourself.

Now, I’ve always been under the impression that Xeroxed ash-cans handed out at conventions to anyone with an opposable thumb was “self-publishing”, so I never really gave it much thought. The Introduction to Comic Book Writing course, however, changed all that, arming me with a rudimentary skill set and girding my conviction with a can-do spirit that I just had to explore. 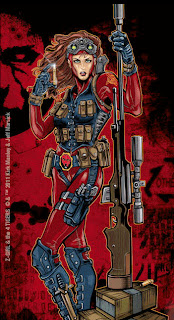 I found myself an artist and co-creator, and Z-Girl and the 4 Tigers was born. Well now, that wasn’t so bad, so how about I give it a go with another concept and voila: Wendover. Wait. Wait! I have a killer concept. Literally. I’ll call it Dead Man’s Party. And if I can find the right artist, well, I’m enough of an overachiever to give a fourth series a go.

The point is that there is no way I would have gone for a first series had I not taken Andy’s Intro course. But I walked out of it knowing I could create the kind of comics that people would want to read, the kind of comics that fill in the blanks of what’s already out there, that are the adventures and mysteries that I would want to read if someone else was writing them. I have created professional-looking books, can pitch to editors and publishers like an industry veteran, and see my books on store shelves from coast to coast. And I have Andy Schmidt to thank for it.

Have I made mistakes? You betcha (and one of these days I might actually learn from a couple of them). Is self-publishing stressful and sometimes financially hard to justify given the economic environment? Absolutely. If I had a cosmic treadmill, would I go back and undo it all and just remain a bystander and reader of comic books?

If you want to be a comic book creator, the Introduction to Comic Book Writing course at Comics Experience is without a doubt the best money you’ll spend.