In this guest blog, Robert Atkins shares his thoughts on his recent GI Joe homage cover. Robert is the Instructor of the Comics Experience Introduction to Comic Book Art class, where he recently discussed cover design in more depth with his students.

He's also been generous in sharing his thoughts on that same topic in the "Ask Robert Atkins" thread on the Creator’s Workshop. Robert is a professional comic book artist who has worked on Snake Eyes, GI JOE, and Heroes for Hire, as well as many other titles.

About a month or so ago, IDW asked if I would like to do three covers for their GI JOE line. I agreed immediately, it's always fun to do more GI JOE. Plus, it extends this crazy cover run I've done with them. As of now, I've drawn 47 covers for the GI JOE line at IDW! Four years goes by quick.

Well, this time around, I probably should have asked what they wanted first. They needed them turned around pretty quick, and once I found out what they wanted....I realized quick was not going to be an option.

IDW has run a few homage covers lately, where they take their characters and place them in similar compositions as classic comic covers. i.e. this Transformers/Uncanny X-Men #1 homage: 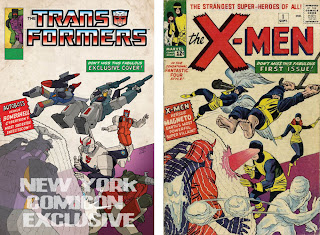 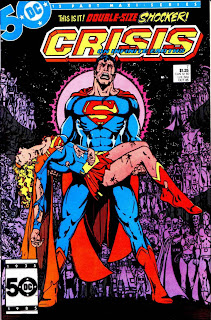 So they had another classic cover in mind for me. The Crisis on Infinite Earths cover #7 (1985) by none other than George "I can't draw too many lines" Perez!

Now this cover has already be homaged to death...no pun intended....seriously it's been done a lot. (See Crisis Homages on this website.)

This is where I come in. I had just got done talking to someone about how I don't really appreciate homage covers, because I rarely feel like the new version does the original justice. What can be brought to the table that improves on the original? Well I hunkered down and got started anyway.

My initial prelim sketch, this is about three inches wide: 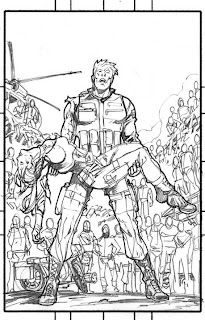 This sketch was approved and I started on the pencils. I quickly realized this was taking forever and I had to submit the unfinished pencils for approval if I was going to get it done in time. 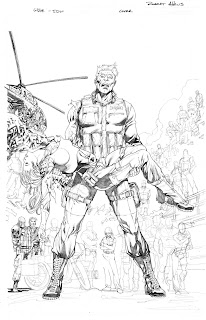 I ended up finishing most of the line art for the cover in the inking stage, going straight to inks for a lot of the background characters. I didn't have time to sketch out the details first. Luckily, I really know these characters and vehicles and it wasn't that difficult. 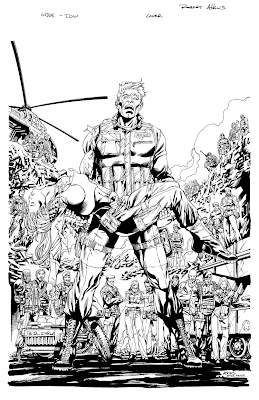 We brought on Mark Roberts to color this cover for us, as well as the other associated homage covers. If you remember, he colored up the Thundercats images on my Daily Sketch Blog. After running through that gauntlet for me, I knew he was up for the task. This is his first IDW, GI JOE work! 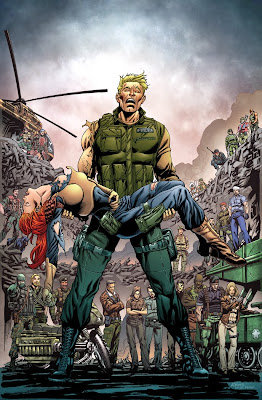 Now before anyone FREAKS out, Scarlett does not die in this issue!! It is just an homage and she was an appropriate female to fit the pose. Please don't send me hate mail for killing Scarlett. I've already gotten emails about this. heh. 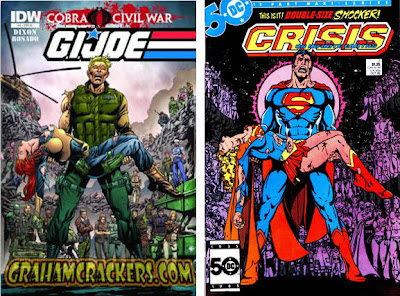 After the process, I still feel like I didn't add anything to the original. I mean, seriously, that cover is regarded as one of the best and most influential covers in comics. But I can see the appeal now. Seeing the characters from a property that the fans love, in such a classic composition and/or pose has a fun nostalgic feel.