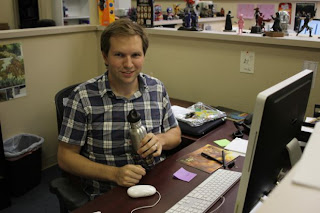 Bobby's creator-owned miniseries, Night of 1,000 Wolves, which he produced in collaboration with Eisner-nominated artist Dave Wachter is solicited for pre-order in the current March 2012 Diamond PREVIEWS catalog and will be in stores in May. 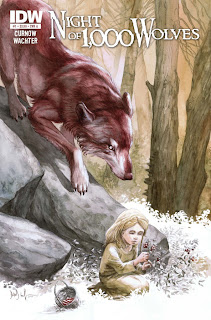 Bobby also wrote Godzilla Legends #5, which hit comic shops last week! On Godzilla, Bobby collaborated with Eisner-nominated artist Dean Haspiel. Both books are being published by IDW. Here's what Bobby had to say:

I've just spent the past five minutes staring at a blank page, trying to think of a smart or funny opening to this guest blog. As you can tell from this sentence, I wasn't successful.

This is one of my biggest weaknesses as a writer--waiting for inspiration to hit. Which is stupid, because inspiration won't come to you. You have to go out and find inspiration and then throw rocks at it until you piss it off. Then inspiration will start throwing rocks at YOU. And those rocks will have a gooey center of good ideas. So when you get hit in the head, the rock breaks and the ideas seep into your brain via head wound and... 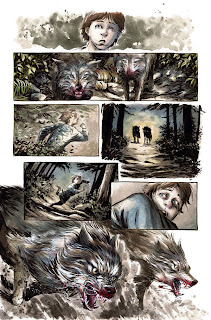 Holy crap, this is a terrible introduction. I'm talking about inspiration rocks and head wounds. Okay.

But you know what? That's fine. Because this is a key technique I've learned from Comics Experience. Just start. Don't worry about the terrible, terrible drivel that comes out. Start typing on that blank page. Get going and don't stop. You can always go back and edit. Just start.

Seven years ago, I knew I wanted to make comics but I didn't know where to start. I lived a couple blocks from the Museum of Comic and Cartoon Art in NYC, and saw that some guy named Andy was teaching classes there about how to write for comics. Intrigued, I signed up. The first thing I learned? I didn't know ANYTHING about what goes into writing comics. 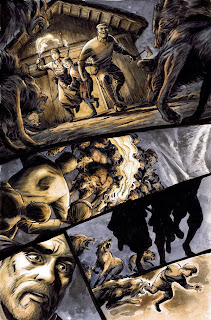 But I started to learn. I learned that you can't show two different actions in one panel. I learned what editors look for in a pitch (unmarked bills, ideally). I learned that creating comics is a genuine collaboration between everyone involved and if you don't respect your co-creators you will crash and burn.

Each step I learned more. Learning about making comics is an addiction. There's ALWAYS more to learn. This is what I tell aspiring creators... your first goal should be to just get better. Don't worry about being published. You won't, not for a while. Just start. Learn. Get better. Keep on getting better. Fail a bunch (that's key!). Get so good you can't be ignored. But keep learning. 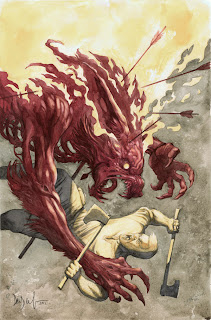 I started interning at IDW Publishing so I could learn more, first-hand, from people who lived and breathed comics. Now I'm a full-time editor and a published writer. Well, almost published. Godzilla Legends #5 comes out this month! My creator-owned project, Night of 1000 Wolves with artist Dave Wachter comes out in May!

I may not have learned how to plug subtly yet.

I started learning about the comic book industry with Comics Experience. In the time since that first class with Andy, Comics Experience has grown leaps and bounds. Want to know how to letter your own comics? Take the Production class. Want to get your script workshopped immediately? Go to the Creators Workshop. Want to ask Scott Snyder a question? Book Club. There is a staggering wealth of knowledge at Comics Experience, ripe for the plucking. If you want to learn how to make comics, you are living in a golden age.

So go ahead, get started. Who knows what awful rock-throwing metaphor awaits?

Posted by RobAnderson at 9:02 AM