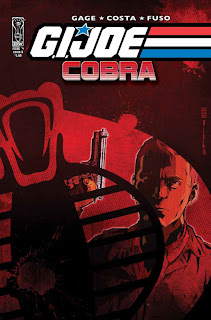 Christos Gage, co-writer of G.I. JOE: COBRA along with Mike Costa and artist Antonio Fuso emailed me today to let me know that our little book that could just got named “Book of the Month” at iFanboy! This is the mini-series that just really turned heads in IDW’s recent G.I. JOE launch at the beginning of the year and now the collected edition is out with a pretty darn cool extra feature!

Here’s a link to the article itself! 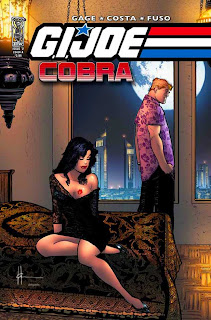 All of the creators involved really out did themselves, culminating in the single most difficult comic book I think I ever edited. The G.I. JOE: COBRA SPECIAL was told entirely in mirror-image pages, much like WATCHMEN #5 was. I’m not taking anything away from WATCHMEN as it’s brilliant on every level, but the work on this book by the creators is just magnificent. Every panel’s composition mirror’s it’s opposite precisely (see the excerpt from the extras at the bottom of this article for examples). The same number and (mirrored) placement of word balloons and captions is meticulous.
And colorist Lovern Kindzerski deserves a special mention as he even used “mirrored” or opposite color hues in the corresponding panels. So a blue object on one page would have a corresponding orange object on the other. The level of thought and precision going into making that issue was something I’d not seen before. 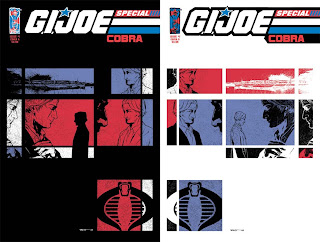 While that final issue is spectacular (and yes, there’s a good reason for the mirrored-image device), I have to say that the whole mini-series took even me by surprise, and the initial concept was my idea! I thought it would be fun to have a member of G.I. Joe go undercover into Cobra before we really knew what Cobra was all about in the relaunch—and it was. But I never imagined it would be so poignant and subtle and entertaining and gripping. 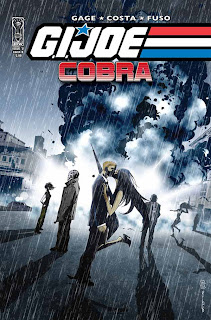 It’s very rare that an entire creative team have the same vision, but this is one of those rare cases. If you’ve got the extra time and cash—heck, even if you don’t—give G.I. JOE: COBRA a read. Even if you don’t like G.I. Joe, you might want to give it try. It’s a great story that’s easy for any adult to enjoy.

Hope you dig it! 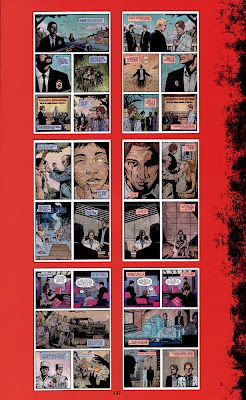 Posted by Comics Experience with Andy Schmidt at 10:46 PM