I’ve recently been dealing with one of the most 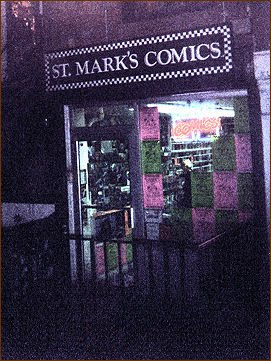 frustrating aspects of the comics industry—marketing. IDW with Hasbro is launching a new TRANSFORMERS ongoing series, which you’d think would be pretty big news (and it certainly is!), except that the comics industry is a tough place. There’s new stuff all the time. So, there’s an assumption on the part of many publishers that we should keep secret our plans and events and such to blow the fans away when they read it.

Great idea. In an ideal world, I’d be right there with you. But this is Earth, where few things are ever ideal. And the reality is, the only way to blow a reader away is if he or she actually reads the book in question. Now comes in the marketing. 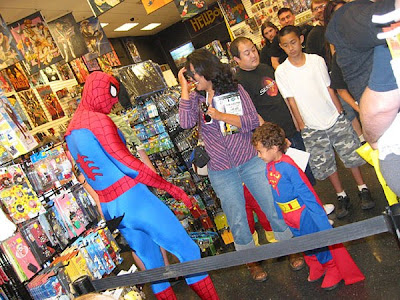 This means that I’m constantly trying to have two conversations at the same time—one with the readers (and potential readers) and another with the retailers. Why are they different conversations? Pretty simple. I need to convince the readers that they want to READ it! Right, that’s obvious. But at the same time, I also need to convince the retailers that they can SELL it.

Many (not all) retailers started their businesses as fans. That means that they will frequent the same websites as fans for information about the books coming up. Diamond

Why is that a problem? Well, I’d like to tell retailers certain things to help them sell the books I’m working on or publishing. But, at the same time, the reader is going to get agitated if I say too much about the content. It’s a delicate balance and a hard one to get right. So, in the case of TRANSFORMERS, I’m really pushing it to retailers for the most part. But I went too far and almost ignored the fans. Like I said, a delicate balance.

But the news is out there now. Ironhide, a major TRANSFORMERS character is getting killed in the first issue. Really, that’s to help the retailers sell the comic. On the flip side, if that event just sold the comic, the readers would be pretty darn angry that we just killed a favorite character as a stunt. So, as the editor, it’s my job to make sure it’s not a stunt (it’s not).

A good publisher is communicating with both retailers and fans at the same time so that its retailer partners have the tools to sell the books the publisher is shipping to them, and simultaneously, is communicating with the readers so that they want to buy the books before they even step foot in the comics shop that week. When marketing is clicking, you’ve got retailers pushing the comics and you’ve got fans pulling the comics.

It’s not a new strategy. Heck, when I was getting my masters back in 2000 in media communications, I took many a marketing class and that’s one of the first things you learn. But the point is, in the comics industry, unlike most

others, what is normally two separate conversations is actually just one big one. It makes giving retailers the proper tools to sell the comics difficult and it makes pumping up the fans difficult too.

That all said, it’s not impossible to navigate. It’s just difficult. With more and more publishers making cutbacks, marketing is usually one of the first things to go. And as such, it’s sometime up to individual editors to reach out to the buying audience directly, and for the most part, we’re not trained to do that effectively.

Anyway, it’s been on my mind recently, so I just thought I’d share my observations.

P.S. I'd like to thank Atomic Comics, Jim Hanley's Universe, Midtown Comics, and St. Mark's Comics for the use of their images (which, honestly, I didn't ask for, but I figured they wouldn't mind the promotion). They've all been great places to shop over the years!

Posted by Comics Experience with Andy Schmidt at 9:28 PM