In December, we'll have two great live, online sessions at the Creators Workshop: a Book Club discussion of Memorial with writer Chris Roberson...

AND a Workshop session with Dirk Manning on his writing, including Nightmare World from Image/Shadowline, and his new book on making comics, Write or Wrong! 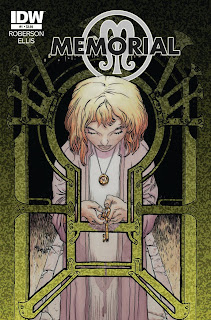 Dirk is the writer/creator of Nightmare World published by Image Comics, Tales of Mr. Rhee, and Love Stories About Death.

Dirk is also the writer of a popular Newsarama column for comic creators. The column, Write or Wrong was recently collected into book form.

For over five years Dirk Manning’s column has provided aspiring writers with candid advice, anecdotes and inspiration about how to successfully meet artists, create comics, and get them published. Dirk has collected key columns from the series with each installment personally revisited in preparation for the book’s release. 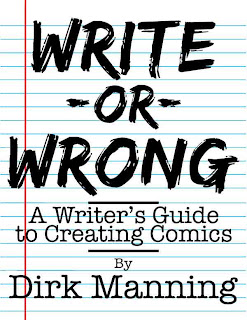 Dirk's Nightmare World began life as a popular horror web comic, which was later collected into three trade paperbacks by Image/Shadowline. The short stories -- done with a variety of talented artists -- delve into a world of ghostly lovers, demonic abductors, vengeful victims, and sexy Cthulhu priestesses. The loosely connected stories weave an epic tale of a world not unlike our own, where nothing is as it seems.

Posted by RobAnderson at 9:40 AM