Every month at the Comics Experience Creators Workshop, we post up a monthly challenge for our writer and artist members. And in November, that challenge -- just for fun -- involved envisioning the future of the Star Wars franchise, in the wake of the big Disney/Lucasfilm announcement.

The story was even featured on iFanboy right here.

If you're interested in learning more about the Creators Workshop, you can hear Paul discuss it, as well as all his comics projects, on the Image Addiction podcast feed -- The Process: Sensation Spectacular – Episode 17.

Below, enjoy your preview of Star Wars: Episode VII by Paul and Gannon! 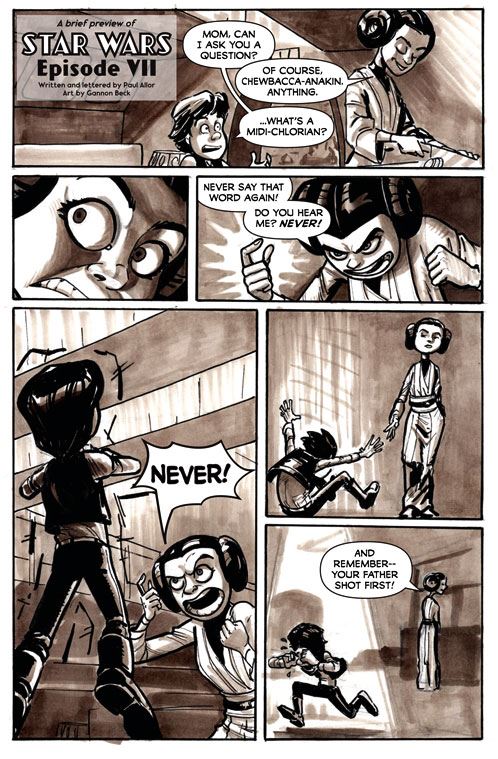 Paul is the writer of Teenage Mutant Ninja Turtles Micro-Series #8 featuring Fugitoid from IDW, and the recently released Orc Girl published by Challenger Comics, as well as the Clockwork anthology.

Gannon is also actively involved in making comics with his creator-owned title, Space Corps, launched at this year's Baltimore Comic-Con, and other projects in the works (including the awesome Shark Puncher, written by Paul!

Posted by RobAnderson at 9:57 AM