Pro comics writer Brandon Seifert has a LOT going on in the coming weeks, including his new digital-exclusive comic Spirit of the Law from MonkeyBrain Comics, more Witch Doctor from Image/Skybound, and Hellraiser from BOOM Studios!

Brandon is a Comics Experience Creators Workshop pro member, where he also offers an "Ask Brandon Seifert" thread, answering questions from members on the industry, his projects, and his creative process. 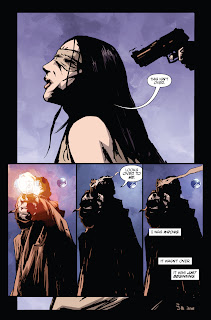 Brandon's Spirit of the Law #1 (of 2) is now out through MonkeyBrain Comics, exclusively for sale through comiXology. It's 12 pages of story for only $0.99 -- and if you buy it in the month of November, MonkeyBrain is donating their share of the proceeds to the Hero Initiative.

Here's the description of Spirit of the Law:

"It's the Great Depression, and Sammy Workman is lucky to have a job -- even as a mob hitman! But when a hit goes wrong, Workman and his men find themselves stalked -- by the paranormal vigilante they've accidentally created! You've seen plenty of superhero origins -- now, see one from the villains' point of view!"

Grab Part One of this new two-part noir/pulp mashup from Brandon and Michael Montenat, artist of Hellraiser and Pilot Season: Anonymous.

But there's much more coming from Brandon in the coming weeks, including: 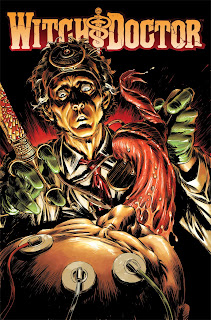 Witch Doctor was Brandon's initial break-out hit, and was the first title published by Robert Kirkman's Skybound Entertainment, an imprint of Image Comics.

We look forward to seeing all of Brandon's work in the coming weeks!