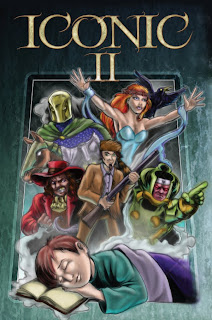 The Iconic anthology series takes well-known public domain characters, and twists and turns them in new and interesting ways. For example, Joe's story contribution, Cinderfella, is a gender-bending take on the classic Cinderella fairy tale. Joe's other story in the anthology is called The Impossible Dream, based on the Don Quixote character.

Joe is a graduate of several Comics Experience classes, including both the inaugural online Introduction to Comic Book Writing course in 2009, as well as the very first Editing and Project Management course last year. 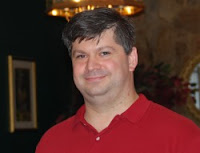 Joe writes both prose (Sky Girl and the Superheroic Legacy) and comics (Great Zombies in History, Armed & Fabulous, and the forthcoming Aliens Among Us from Elevator Pitch Press).

Joe was also selected as a semi-finalist in the Who Wants To Create A Superheroine contest sponsored by the Shadowline Imprint of Image Comics, and received the 2010 Haller Award for Best Writer from the ComicBook Artist' Guild at the 2010 New York ComicCon.

Congrats on the release of Iconic II, Joe!