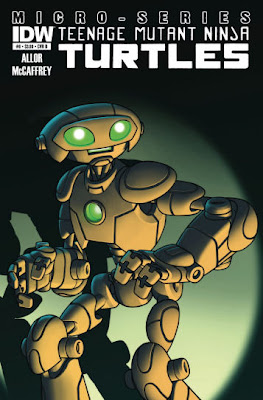 The book will feature artwork by Paul McCaffrey, and feature covers by McCaffrey (shown at left) and David Petersen (Mouse Guard).

Each issue of the Micro-Series spotlights another character in the TMNT universe. The other Micro-Series issues are written by Brian Lynch, Erik Burnham, Mike Costa and Barbara Kesel.

The series is edited by Bobby Curnow, a fellow CE alum and a professional member of the Creators Workshop. 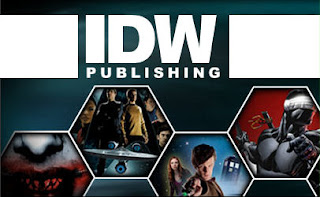 The Fugitoid issue will be solicited for pre-order by comic shops in the July Diamond Previews catalog.

Paul Allor is also the author of the Clockwork anthology, which contained 12 original stories on cross-genre characters such as space-faring gorilla pirates, heart-broken robots, a beautiful gunfighter, and even a man on death row.

Paul has previous experience as a journalist, and one of his articles inspired the death row story in Clockwork entitled X-Row, illustrated by Aaron Houston.

Congratulations to Paul on his exciting opportunity with IDW!