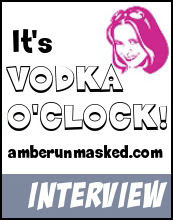 It's a fascinating interview for anyone interested in making comics, and covers a wide range of topics.

For example, at one point, Paul discusses a death row inmate whose story he covered as a journalist and the incredible impact of that article on the people in that inmate’s life. 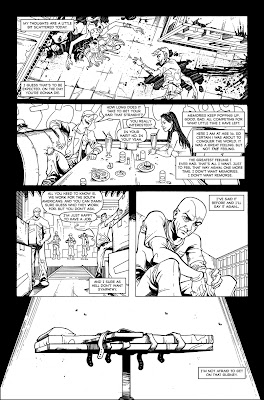 As Amber explained in the accompanying article on her website:

"This story later inspired one of Paul’s comics in 'Clockwork.' The story 'X-Row' was illustrated by Aaron Houston.

It’s one of the stories that shows how Paul tried to think outside the box and in comics that means outside the panel. He wrote panels that are not linear in a form typically structured around sequence."

Paul's artist-collaborators have included people such as JM Ken Niimura (I Kill Giants), Brett Weldele (The Surrogates), and Matthew Wilson (Wonder Woman), and he talks openly about his experience producing Clockwork and reaching out to industry editors.

In addition to his writing, and the release of his anthology, Clockwork, Paul also discusses his recent work as an Editor on upcoming or released projects such as Girls' Night Out, Gutter Magic, Deluge, and Rex, Zombie Killer.

Check out the full interview here!

Posted by RobAnderson at 4:07 PM