On Saturday March 10, 2012 at 3pm Eastern Time, writer Paul Cornell, will be joining us live from London for an online Creators Workshop Book Club discussion of Knight and Squire published by DC Comics! 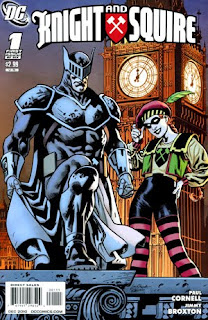