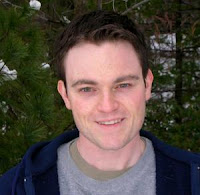 In this month's Comics Experience Creators Workshop Book Club, special guest Scott Snyder discussed his work on the DC/Vertigo Comics title American Vampire. He also shared his thoughts on several aspects of the comics-writing craft, including the use of narrative captions.

Snyder comes from a prose background; before his comics career began, he earned an MFA in fiction from Columbia University and wrote a collection of short stories called Voodoo Heart. Snyder said that early on in his comics career, he realized that narration could be used to carry his writer's voice and sense of wordplay over from prose to comic books. It also allowed him to use unreliable narrators, and create a conflict between the words and images on a comics page. 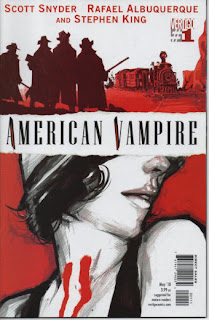 Most of Snyder's prose writing is done in first-person, from "narrators that were very unreliable," he said. "So there was often a discrepancy between what they would be telling you, and what would really be happening. They'd be telling you, 'this person is in love with me,' and you'd be hearing dialogue from that person, or someone else, that would imply (the narrator) is not right."

But in prose, there are no images, and the entire story is communicated through narration. By contrast, in a comic book the narration and the images are separate, allowing creators to provide contradictory information in a single panel.

"That conflict of what you're hearing in the narration and what you're seeing is something that was so exciting about comics," Snyder said. "It's something I'd like to do in prose, but in prose it's so tricky whereas in comics it's so glaringly fun." 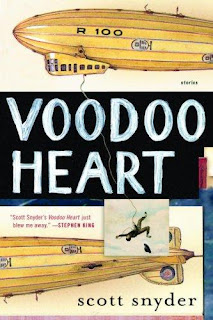 Snyder said that in his Batman work, "Bruce (Wayne) is a totally unreliable narrator, which is fun. Bruce keeps everything close to the vest. He doesn't tell you anything that he's feeling." By contrast, Snyder said that Dick Grayson "is not very unreliable, Dick is very open and confessional."

But Snyder said that aside from having an unreliable narrator, there is another, more important reason to use narration.

"Make it personal," he said. "It doesn't get any more personal in comics than a character talking to you." And yet, he noted, narration is often used for exposition; for characters to provide backstory or fill in the plot.

"Use it to try and tell stories or give confessional details or things that surprise people. Use it to establish character," Snyder said. He noted that in Bruce Wayne's narration, "he tells you things that are metaphorically very personal, even if he's talking about a tripwire, or even if he's giving you an information lesson about the history of a building in Gotham. He's really telling you something about how he's feeling." 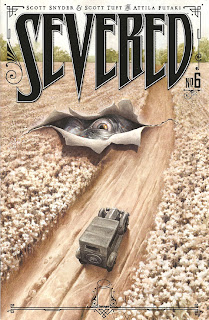 Most importantly, Snyder said, narration can be used to build a link between the character and the readers; to make the reader emotionally invested in the characters from page one.

"If you tell an emotionally gripping, or at least an emotionally enveloping story, if you get the reader to love that character on the opening pages, they'll follow you through the rest of the book, even if it doesn't have explosions and vampires and all that stuff, because they'll know it's coming, and they'll feel a sense of engagement with that character," Snyder said. "So for me, narration is a really powerful tool for that. Not for exposition, not for catching up the reader – but to be incredibly intimate."

Those interested in learning more about Scott Snyder can check out some of his other work, including Batman and Swamp Thing from DC Comics, and Severed (with Scott Tuft) from Image Comics and Iron Man Noir from Marvel Comics, as well as Voodoo Heart, a collection of prose stories.

Our next live Workshop will be held Tuesday, February 28, 2012. We'll be joined by special guest Drew Gaska to discuss how he single-handedly acquired licenses to Planet of the Apes and Space: 1999 from Fox.

-- Posted by Paul Allor
Posted by RobAnderson at 4:13 PM