Over on the iFanboy Letters Column, Josh Flanagan recently received a letter from a 19-year-old aspiring writer, Natalie, who expressed frustration that she had not yet broken into the industry. You can read great responses from Josh Flanagan and others on the iFanboy thread right here, but Creators Workshop Book Club Manager, Paul Allor, was also one of the respondents, and below we've posted Paul's reply to Natalie in full.

I just wanted to respond to Natalie, and add a few thoughts to (iFanboy host) Josh Flanagan’s awesome response, with a couple of quick thoughts and pieces of advice:

Wow, are you ever ahead of the game! Congratulations. At 19, you’ve already started thinking seriously about your comics career. Seriously enough to reach out to the guys on this site, and to reach out to comics publishers. Most people, at your age, might have a half-formed notion about writing comics, but wouldn’t actually be doing anything about it. So, before you get too down on yourself, take the time to acknowledge that you’re doing some things right.

2. Hone your craft before you try to publish 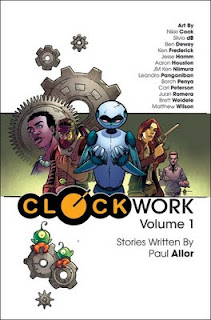 Having said that, one thing you didn’t mention in your letter is whether you’re actively writing comics scripts. If not, you should be. A lot. But, I’m not saying you should put up a Web comic or print a mini-comic as soon as possible. I’m not an advocate of the “get your work out there as soon as possible” school of thought. I’m an advocate of the “hone your craft, and then, when it’s reached a certain level, get your work out there” school of thought.

I just recently self-published a collection of short comics, but before I did, I wrote more than 1,000 pages of comic script that will never, ever see the light of day. I’ve written dozens of one-shots, ten complete minis, and many, many shorter stories. That was time spent practicing, trying and failing, learning the craft. That’s what you should be doing right now.

I know I just said that I wouldn’t recommend putting your early stuff out there for public consumption. However, I would recommend getting online and finding (or forming) a community of aspiring comics creators. 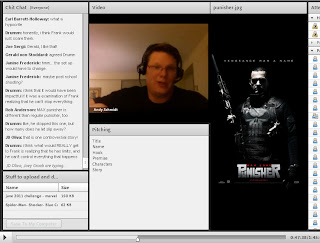 For example, the community I belong to is called Comics Experience, and it’s run by Andy Schmidt, a former editor at Marvel and IDW. I work with Andy, as the site’s Book Club manager. Comics Experience has an awesome private workshop where people critique each other’s scripts, have access to pro editors and creators, and hold in-depth discussions about breaking in.

So, find a community. Get involved. Show them your stuff. Read their feedback with an open mind. Take it to heart. And use it to hone your craft further.

In other words, as you get older, if you still haven’t broken in yet, don’t view that as a weakness; view it as a strength.

5. Try to remember that you are much, much younger than you realize.

I know that sounds condescending, but it’s true. When you are older, you will look back, and realize that you still had more time ahead of you than you could possibly imagine. If it took you another 15 years, another 20 years, to become an established comic-book writer, that would still not be out of the ordinary. But if you start working at it now, and doing the right things, you will have an extraordinary head-start. I’m 33, and I didn’t even start reading comic books until I was 28. Not writing – READING. And I don’t consider this a drawback at all. So many of my favorite writers and artists broke in when they were my age or older. Sometimes much, much older.

Hopefully some of this was helpful. I mostly just want you to realize where you’re at. You said in your letter that you feel like you’re stuck in a rut, but believe me, you’re not. You’re on solid ground, and the road is wide open in front of you. You just need to take a deep breath, figure out how you want to proceed, and then start walking.