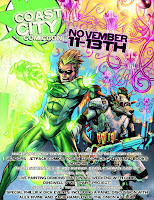 On November 12 & 13th, the 1st Annual Coast City Comicon took place in Portland, Maine, and Comics Experience was there!

One highlight of the convention, at least for those interested in making comics, was the Breaking Into Comics panel, which included former Marvel and IDW Editor and Comics Experience founder Andy Schmidt as well as panelists Renae de Liz (creator of Womanthology ), her artist-in-arms husband Ray Dillon, former Marvel editor and editor in chief at Cracked magazine, Mort Todd, and Top Cow artist Chris Dibari. 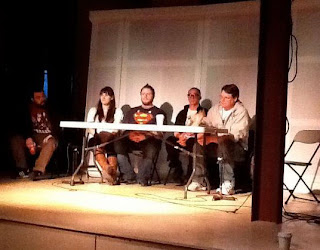 The panel was moderated by Gerald von Stoddard, the co-founder of the comics shop running the convention, and a Comics Experience alum and Creator’s Workshop member.

According to Gerald, many topics were covered at the panel, including how each panelist broke into comics and their early work. The panelists also discussed what exactly an editor is, and the pros and cons of their job from both artist's and writer's points of view. 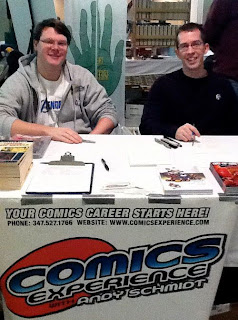 Andy also shared details about the internship he had at Marvel at the beginning of his career, and some tips on how writers could break in. Ray Dillon shared the same advice from an artist's point of view. The panelists finished up with the always helpful question: "If I knew then, what I know now," sharing the most valuable thing they have learned related to breaking in.

Thanks to Coast City Comics for a great show!