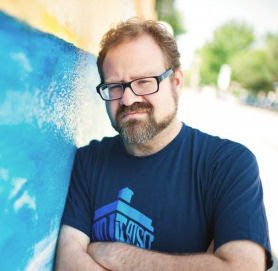 This will be a Book Club session, hosted by Paul Allor, and we'll be having an in-depth discussion of Joshua's graphic novel, Echoes.

Joshua will also be providing a written guest critique on one script for a lucky member of the Creator's Workshop.

He has written Alibi and Cyblade for Top Cow, Superman/Batman for DC Comics, Rampaging Wolverine for Marvel, and Friday the 13th for Wildstorm. He’s writing the DC relaunch of I, Vampire, as well as debuting the new Marvel character The Monkey King. This fall sees the launch of The Last of the Greats from Image Comics with artist Brent Peeples. 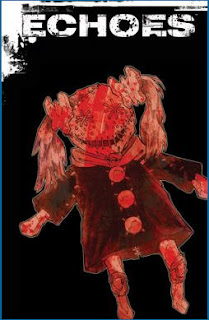 Echoes is a disturbing story of murder and mystery wrapped in questions of sanity. Brian Cohn was learning to deal with the schizophrenia inherited from his father. Supportive wife, new baby on the way, drugs to control the voices. But, when on his father's deathbed he learns that he also inherited the trophies of his father's career as a serial killer, will his madness send him further down into the crawlspace of his father's mind?

Echoes was the premiere title from Minotaur Press, an imprint of Top Cow.

The Comics Experience Creators Workshop sessions take place every month, and give members real-world knowledge that will help them succeed in their comics career.

It's not too late to join us before Joshua Fialkov's session, but if you miss it, a recording of the entire discussion will be available to Workshop members for a few weeks.