As I’ve no doubt mentioned to the point of annoying you guys, IDW launched a new ongoing series of TRANSFORMERS last month. Issue #2 is out now and has been really turning some initial haters around on line. 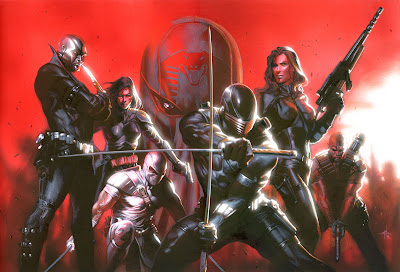 But what’s interesting to me is this: it’s the hard-core fans who have the most problems with the new book. That makes a certain amount of sense to me. So, the core fan sites have a lot of negativity on them. Also not surprising. And I’ve been doing a lot of out reach in interviews and taking questions directly from those fans. As far as I can tell, I’ve been nothing but polite, though sometimes playing a bit coy. I’ve also been honest.

Now, to be fair, that has greatly reduced the negativity, but I am still surprised that some fans are taking their opinions out on the creators and me on a personal level. Sure, it has to do with anonymity. Because they don’t have to speak to us directly, they can be as mean spirited as they want. And perhaps some are trying to get the creators and myself to engage them directly. That won’t happen. It’s a no-win scenario for any creator or editor to engage an irate fan in a public forum. If I’m polite, I’m weak. If I lash out, I’m a conceited jerk. No win, no way. 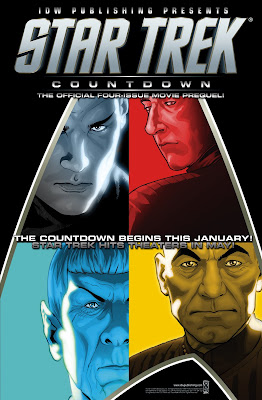 s interesting is that they’ve convinced each other that sales are down or that there has been a huge backlash. It’s interesting because it means they haven’t done the research. They are (in all likelihood) going to other hard-core fan sites and seeing similar reactions from very like-minded people.

I don’t think they have any real access to sales information. ICV2 puts out an approximation, but it’s often off. No, I have no idea why that is, but it’s true. Even so, I thought this provided an opportunity to talk about the fan community in generalized terms. The hard-core fan base usually represents anywhere from 10-20% of the overall fan base. In this case, TRANSFORMERS fans who are also comic fans. Now, that’s a big percentage, to be sure. Something as the editor I’d be foolish to ignore.

But what it also means is that most of the fan base for this property probably goes into the store and decides that day if they’re going to buy and read the book. Or they’re silent. I know most things I’m a fan of I don’t get all that into. I like LOST, but I don’t go on message boards and I don’t really even talk about it with friends. I like it and I like it for an hour a week. That’s enough for me. There are other things I can talk about seemingly until the end of time—Jack Kirby’s Fourth World comes to mind (because it is always on my mind).

So, when editors and marketing people are trying to figure out how successful a new project is, they need to poll a much larger section of the population than just those fan sites. So, on the day TRANSFORMERS #1 hit stores, I called several major retailers to get an idea of how it (and a few other IDW titles) were performing for them. How well their customers seemed to take to the books. I also went on fringe websites like more generalized comic book websites, science fiction websites, toy websites (in this case, appropriate), and the like to see if anyone was talking. 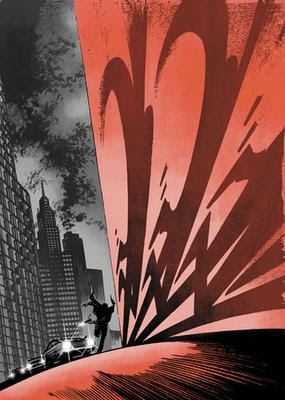 If I had looked only at the core fan sites, I’d probably be convinced that the launch was an abysmal failure. But I didn’t do that. I did the research and found that at least for the first issue, much of the fringe fans were returning and from what online reviews looked like at other sites (and some of the core sites too) and what retailers were being told by their customers, the launch has been a success. And the orders are there to corroborate that analysis.

All this is just to get to this one point. If you’re a hard-core fan of a comic series or character, we’re listening to you. We’d be pretty foolish not to do so. But we aren’t taking everything reported by the hard-core fan as the word of god. There are other fans to account for as well. They’re not lesser fans, they’re just more casual, but it’s those fans who help the character or series really grow as they’re a much larger portion of the audience. What the hard-core fan sites do for editors, publishers, and creators is extremely important. They act as a kind of compass. Not an infallible one, mind you, but they often point in the direction of potential problems for a series.

It’s then up to the creators and editors of a series to see if those concerns are founded. Does the story actually wind up covering these concerns? Will they bother the fringe fans? Will dealing with them completely slow down the story? Things like that. We have to evaluate and make judgments on how and when to tackle any of these things.

Every fan plays a vital role in continued existence and relevance of their favorite characters and stories. And those of us fortunate enough to work on those stories and characters are paying cl 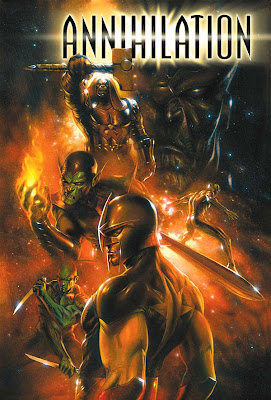 ose attention. And that leads me back to the negativity. Why take it to that personal level?

The answer: because it’s just that to the hard-core fan—it’s personal. Many of them have become so wrapped up in the characters and stories (which is great to be transported like that by a work of fiction!) that they identify with the entire thing on a personal level. Man, isn’t that the goal of every creator? So when I see that the fans are upset, it bothers me, I’m not going to lie. I wish they weren’t, but that’s also a really good sign that they’re still connected—that they still care and that they’re paying attention. All of that is a good thing.

While I don’t appreciate name-calling, I get it. I understand those comments aren’t probably directed at me personally. That can be hard to read at times. I’ve developed a pretty thick skin in my time working in comics, but it can be hard. Sometimes my wife tells me to walk away from the computer if she can tell it’s getting to me. But I do—and I believe most editors and creators do—truly appreciate the level of emotion that the core-fans put into their favorite characters. It keeps us honest and (like the great baseball player—no relation to me—Mike Schmidt said) it keeps us on our toes.

At the end of the day, it’s all the fans—hard-core and casual alike—that we make the comics we make. Doesn’t matter if I’m working on Transformers, G.I. Joe, Star Trek, X-Men, Annihilation, Ms. Marvel, Madrox, or any future book that I hope to handle, we (creators and editors) are doing this stuff because we love it and we HOPE you love it too.

Posted by Comics Experience with Andy Schmidt at 12:16 AM