(Comics Experience founder Andy Schmidt shares his thoughts on the passing of a legend in comics.)

It's been a few weeks now since comics legend Joe Kubert passed away. And I have to admit the shock to me, and I didn't know him personally, is only now starting to fade. And I'm only now sorting out some of my thoughts about Mr. Kubert. So, for those wondering, this is one comics professional's opinion of the man, coming only from his work and getting to know two of his sons. 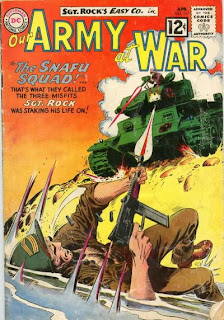 Let's get the obvious out of the way. Kubert's work speaks for itself. His work defined a generation of artists both in terms of style, as well as function. Kubert's work was simply unparalleled.

Neal Adams once told me that Joe Kubert was the artist he most admired. Because his work is so well documented, I'd like to talk about a few things that don't get quite as much lip service.

He never missed a deadline, he always did phenomenal work, and he worked every day of his life until he passed away. And the work he was generating in the last few years was every bit as good as the work 10, 15, 30 years ago. 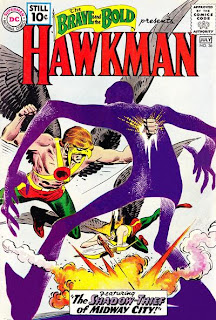 I run a Comics Education Institution. I "compete" with Joe Kubert. He started and ran the first accredited comics education institution with his Kubert School. And his success with it is immense. No other school has accomplished what his has for artists. He was the trailblazer. Comics Experience exists because Mr. Kubert paved a road for me to drive down. I built a car and started driving, Kubert dug the trench, paved the road, and built the town around it. For that, I owe him my deepest thanks.

Mr. Kubert, through his school, has shown such a passion for comics and for his students that almost all of them credit him as a major influence in their work. You may go into the school for a few years, but it's clear you're a Kubert student for life. 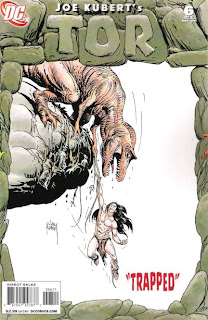 And I think this is the aspect of his loss that makes me the most sad. That he won't have that personal connection to the next generation of artists -- and because of that -- they'll feel the lack.

I'm not making the claim that I'm great friends with either Adam or Andy, his two sons that I do know. But what I've seen of them and heard them talk about with their own families and growing up with Mr. Kubert, it sounds to me like very compelling evidence that Mr. Kubert was a great family man and just a wonderful human being.

Mr. Kubert was not just a man of three worlds -- comics, education, family -- he was a legend of three worlds. I'd venture to say no one has balanced these three things as well and certainly not for as long as Mr. Kubert did. Comics lost a legend, education lost a shining star, and his community and family lost a tremendous human being.

Mr. Kubert' legacy carries on at The Kubert School, with his children and grandchildren, and with his comics yet to be released.

Posted by RobAnderson at 8:00 PM