Hidalgo is a full-time Star Wars authority at Lucasfilm Ltd., working across various departments to ensure consistency in Star Wars messaging. He is the co-author of both The Complete Star Wars Encyclopedia, the Transformers Vault: The Complete Transformers Universe, and the forthcoming Star Wars: The Essential Reader's Companion.

Calling continuity "more art than science," Hidalgo offered several pieces of advice on how to handle continuity in a sprawling, multi-author world. 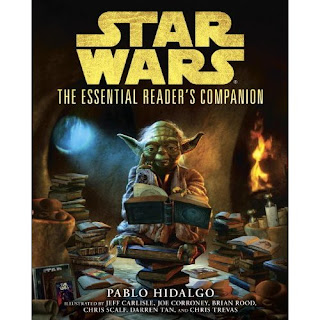 Hidalgo noted that continuity can be a double-edged sword for creators. "For all the things it gives you in terms of authenticity and texture in the universe, it can become an inhibitor of storytelling," he said. "It can become a situation of, we've run out of timeframe to tell a good Luke Skywalker story or Han Solo story we want to, because another source establishes that he was doing X, Y and Z at the time."

However, Hidalgo said, Lucasfilm tries not to let this interfere with solid storytelling across different authors, licensors and mediums.

"You just have to agree that there's a certain amount of elasticity there," he said. "We maintain the flexibility of having the artistic license to say, 'yeah, but this is a really good story idea, so let's not tie the author's hands or the artist's hands on what he wants to do here, so let's let him explore the story, and we can figure it out retroactively.' "

He said they also consider whether every story has the same level of canonicity; whether a story can be changed to avoid breaking with continuity; and whether they can simply "take out the elements that would really stomp on another tale." 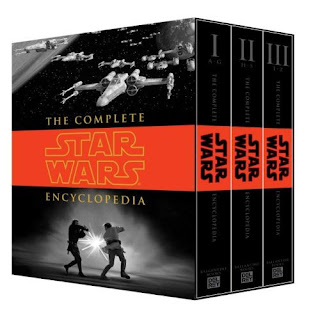 Hidalgo noted that every writer wants to leave their mark on a universe, often through larger-than-life villains and high-level threats. But, he noted, not every threat can be the biggest one the characters have ever faced.

"Any time an author decides to make the biggest, most dangerous thing, another writer will want to come in and create a bigger and even more dangerous thing," Hidalgo said. "So avoid saying that."

Instead, Hidalgo said, you should let the reader decide for him or herself that a villain is more dangerous than any other. If the character supplies that information, they could "come off as amnesiatic for not remembering the last big, dangerous thing they faced."

"My rule of thumb is, if your starting point for a story comes out of continuity as opposed to story, that's problematic," he said. "That's not a recipe for an exciting story.

"If the entire purpose of a story is to patch continuity or to override something, is that a worthwhile story? I know this could be an artistic debate but I just don't think that's a good starting point."

Other topics discussed by Hidalgo include:

* How he became involved with Lucasfilm
* Lucasfilm's process for reconciling continuity;
* The most common continuity questions;
* Whether the galactic empire employs aliens;
* How often you should re-tell or recast an origin story;
* How Star Wars novels come about;
* Whether Lucasfilm's transmedia approach occurred naturally or was planned;
* Whether stories developed for video games translate well to other media;
* Balancing the needs of new fans and current fans; and, of course...
* Did Han shoot first?