Brian Wood on Creating a "Sense of Place" in Stories 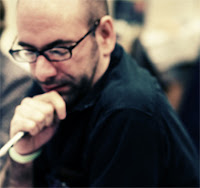 Writer Brian Wood is known for creating a sense of place in his stories. Whether it's war-torn New York, Viking-age Europe or scattered cities across North America, Wood's stories invite readers in by creating a place that feels real and lived-in.

In the last Creators Workshop Book Club session on Northlanders, Wood talked about the purpose of this technique, and the drawbacks that come with it. 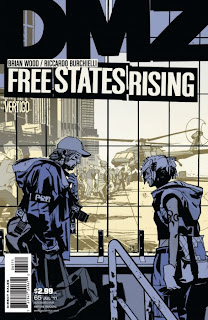 "It sort of comes naturally to me, and that's not always a good thing," Wood said. "A lot of it is really the artist's work, and what I ask the artist to do. In certain books like DMZ, Ricardo [Burchielli] and everybody that worked on that book deserves a lot of praise for killing themselves on cityscapes and backgrounds. It was very, very difficult stuff I asked them to do, in order to be accurate to the real world, and to communicate all this history in the making."

Wood said he has come to expect "a certain kind of comic to come out of my brain that requires a lot of the artist, and that's kind of not really fair. So I've tried to rein it in a bit."

Still, he said, place can play an important role in a story, and in building a readership. 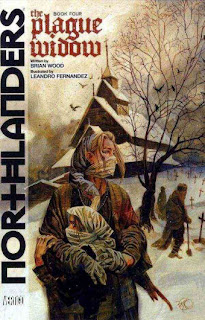 "I think one of the keys to writing anything is to give the reader a point of access," Wood said. This helps them relate to the story, and "accept it as being real or as being real enough. And I've found it's been very effective to use place for that. When you create a world that does feel so real and believable, that has a level of detail that the characters live in, I think that helps the reader buy into it."

Other topics Brian discussed include his journey into comics, the origin of Norhtlanders, writing shorter stories vs. longer arcs, research, fight scenes, and the differing markets for retail and digital comics.

Brian has several works out now or coming soon, including the original series' The Massive, Anthem, and Mara, as well as Conan for Dark Horse Comics and The X-Men for Marvel.

Our next guests on the Creators Workshop Book Club are Jeff Parker and Steve Lieber discussing their miniseries, Underground, published by Image Comics!

-- Posted by Paul Allor
Posted by RobAnderson at 10:27 AM