Why Superheroes Dominate the US Market - Part 2

I touched on this on my last CE Blarg entry, where I covered how Dr. Wertham all but eliminated other genres and how the super hero genre had to change due to his "crusade." But that doesn't answer the question: Why didn't other genres resurface after Wertham's influence died down in public life?

There are two factors that maintained the super hero dominance in the US market (by the way, there are three acceptable ways to spell superhero--superhero, super hero, and super-hero--funny story as to why... perhaps another time). The first is the persistence and power of the Comics Code Authority. It alone (as outlined in the last CE Blarg) kept crime and horror and romance comics from resurfacing, but there is another major factor that doesn't seem that important at first glance: the rise of the Direct market. 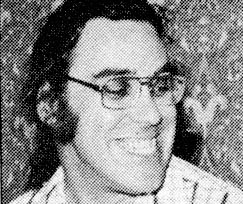 I'll give you the short version of how the DM came about here. In 1972, (the Comics Coda Authority still in full swing) Phil Seuling approached comic retailers about getting comic books earlier than newsstands, at a higher discount per comic, but on a non-returnable basis.

The newsstand market can order as many copies as they like, and whatever copies they don't sell, they return (destroy, actually) to the publisher for credit towards future purchases. This is great for the 7-11s of the world, but not great for publishers who have to print way more copies than they sell. For that reason, publishers loved the idea of selling to a DM that could not return the comics after a month or two. The retailers who participate in the program would get comics a month earlier than the newsstands, and could control more precisely their inventory.

It was a win for retailer and publishers alike. The problem that came about because of this is that the newsstand market has almost completely disintegrated. It's important to note that there is a possibility that this would have happened even with the emergence of the direct market. Many people like to say that without the DM, the newsstand distribution would still be as prevalent, but that simply isn't the case. Changes in the newsstand market (newspapers, magazines, etc) would have altered the comic book market significantly and in different ways than the DM did. But again, that's an article for another time...

So, with the DM, retailers really only had super hero comics to order at the time (with few exceptions) and so they reached out to super hero fans. Those super hero fans became their customer base. Both publishers and retailers knew that they needed to keep those youngsters who would come in every week very happy. Great system and makes perfect sense.

And as those kids (myself included--I was born in 1976 and had two older brothers who were comic book fans) grew up, the comics publishers continued to "grow-up" the comics. By the time I was an angst ridden teenager, my comics were about angst ridden teenagers... with super powers. The dialogue was more sophisticated. The art was more representational. I had begun to pay attention to those credits in the comics, and publishers and retailers knew I wasn't the only one. They would hire popular creators to entice myself and others to buy comics we weren't already buying, or they'd cross a popular comic over with less popular comics to increase sales... to me.

The result was that new readers were rarely coming into the market. Kids weren't coming in as the comics had grown up and weren't for kids anymore. There was no incentive for retailers to order comics of any other genre since their customers were all super hero fans who had been reading superhero comics for years and shown no interest in other genres. And that was the crux of the super hero dominance. 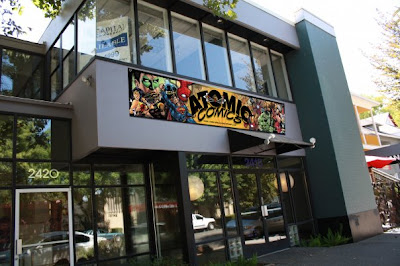 Retailers had no customer base for other genres. They had major trouble reaching out to potential customers who might enjoy other genres because they were specialty shops created for super hero fans. How were they supposed to even let other people know that comics of other genres existed and were good enough to make a special trip to a hobby store for? And there was no longer the newsstand to act as a "feeder" to kids. To be fair, the newsstand market has not completely dissolved, but it mostly has.

Publishers, like the retailers, had little reason to create content other than super hero genre. They knew they could sell super hero comics in large numbers on a non-returnable basis. And if they tried other genres, the message would come back the same from the Direct Market every time--we have no interest in them. Why create content for a genre that will sell a 10th of another super hero comic and spend the same amount of money on its production? It simply doesn't make any sense to do so if you're Marvel Comics or DC Comics.

Over the years, both Marvel and DC Comics have made attempts to reach beyond super heroes. DC Comics has had greater success, but with only a handful of exceptions, none of these comics has managed to become a best-seller in a direct market shop. But so far, no comic outside of the superhero genre has been a consistent best-seller until the 1990s with DC Comics' Vertigo Imprint and SANDMAN.

Today, we have had a few more. Currently, THE WALKING DEAD is a comic book dynamo and there's not a superhero to be found in it. But from the early 1950s until the mid-1990s, there was simply no other game in town. And honestly, there's not been that much headway even in recent years.

Could this change? Absolutely. Should it? I like the idea of more diversified and healthy content. It feels a lot safer for my favorite medium. Will it change? Will super heroes become just one of several popular genres in comics stores? That remains to be seen...

Andy
Posted by Comics Experience with Andy Schmidt at 1:04 PM