This is an odd one. There are two starts to this project, really. The concrete one was when I wrote the title down on my notebook I often have with me in my back pocket. I was standing in line for a ride at Disney Land (apparently thinking morbid thoughts) while talking with my wife and son. 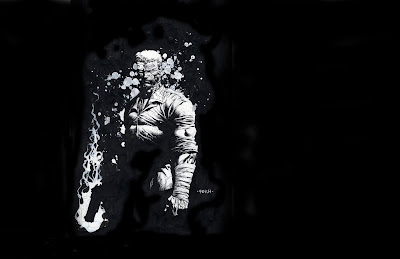 At first, it was just the title, but I knew what the basics of the premise were. I just needed to find the character and the story he had to tell.

A few days later, I was talking with Chee over email. We had worked together for the first time at Boom! Studios on a mini-series no one ever read called CHALLENGER DEEP. This series was important to me for three big reasons: 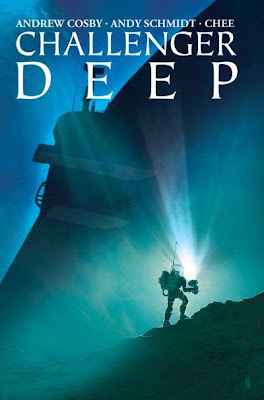 1) It was my first limited series to be published. It ran four issues, and while I think they're still good, no one noticed. I actually re-read it a few months ago and I expected to not like it at all since I've learned so much since then, but I was honestly pleased with it. I'd forgotten enough of it that it really surprised me. I'm more proud of it now than I was at the time it was published, I think.

2) My editor was the amazing Mark Waid. Mark and I had worked together when I was editing at Marvel and he was writing the FANTASTIC FOUR. I loved working with Mark and reading his scripts. The only thing better than being an editor working with Mark is being a writer working with Mark. He taught me VOLUMES while I worked on that mini. Thanks for that, Mark.

3) And Mark introduced me to Chee. Chee had illustrated a couple of Mark's stories and he really enjoyed Chee's work. And Mark knew that CHALLENGER DEEP needed a heck of a story-teller to pull it off, and he did.

I was so impressed with Chee's work, the realistic characters, the focus on the story and what the characters are thinking and feeling, that when I took my current senior editor position at IDW, I opted to work with him again.

Chee and I did a three-issue STAR TREK II: THE WRATH OF KHAN movie adaptation. Yes, it was 25 years after the movie came out. Again, I learned a ton doing an adaptation of a movie that I loved. Again, Chee made me look better than I am! 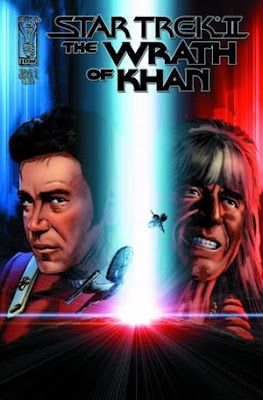 I then hired Chee to do a TRANSFORMERS mini-series that I edited. But by then, I'd already "popped the question" on him. "Do you want to do a creator-owned book with me, Chee?" I felt like a friggin' idiot asking that. But he said yes. Which, frankly, surprised me. And then the realization that I had to give him a story sank in.

I dug out that notebook and found the then two-week old note that read "Five Days to Die." And that's what I served up. He thought it sounded good and I set to writing a pitch.

That's the down-to-Earth way that 5 DAYS TO DIE came about. But the real seeds were planted in New Zealand in 2006...

P.S. If you pull down the David Finch B&W image, I made it to fit a desktop computer as a new wallpaper. Have fun with it!
Posted by Comics Experience with Andy Schmidt at 9:00 AM