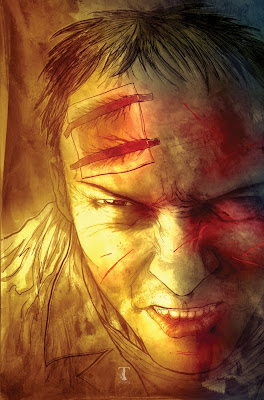 In the last blog on this subject, I spoke about the circumstances that put Chee and myself together and how we decided to work together. I also mentioned how (well, really, when) I came up with the title of the project.

That's all well and good, but as I wrote the pitch for 5 DAYS, it became clear that this character, Ray, had been waiting for a while to get out.

At the end of that blog, I said that the REAL beginning of this project was in October, 2006 while my wife and I were vacationing in New Zealand. It was two days into the most awesome vacation that I have ever had, that Alix and I found out we were going to be parents. This is momentous news. It's great news.

But it's also SHOCKING news. And it was quite a shock to me. I mean, I wasn't surprised, really. I know how the science works. But I was just not sure I'd be a good father. I thought I would, but how does one KNOW it?

And, in my awesome way that I do, I internalized this fear and dwelled on it far too much. In the months to come, I was caught up in my own thoughts, kind of frozen inside. I kept waiting to feel this huge joy and love for the baby-to-come, but I struggled with it and became more and more disappointed in myself. Was something wrong with me? 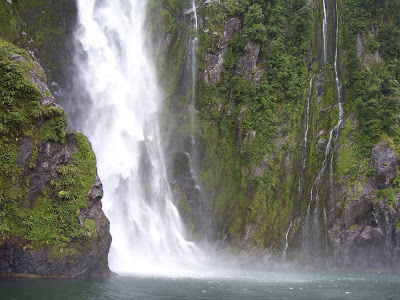 Turns out, this is very common for men. That's nice to hear, but not really helpful. I did a lot of research and Cale was born and I still didn't feel that whatever the way I thought I was supposed to.

But I was determined. I quit my job at Marvel to stay at home with Cale. Just me and him. And we did a lot of things. We went for walks, drooled, pooped, all that fun stuff. And finally, one day, I realized, that I needed to stop thinking and start doing. I need to do more things with Cale. more activities in which we interacted with each other. Everything I had been doing was showing him a playground, but I wasn't really playing. I was supervising. I needed to play, too. It was my responsibility to play with him, not his to learn to talk with me.

It was in that cold park that I realized that my thinking and internalizing was my way of running from facing this momentous thing in my life. I had been running. And I had been the stay-at-home-dad to prove to myself that I was trying to connect. Agh. I hate writing this. I still feel like such a jerk. 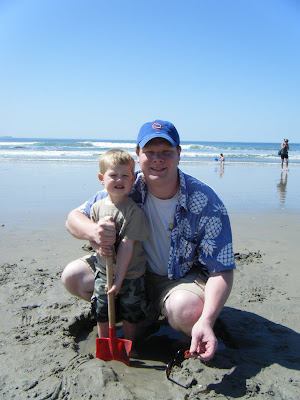 Ray, the main character of 5 DAYS TO DIE is in a similar situation. He's older than me, has a different job, has a vastly different relationship with his wife, but something at his core is from my core. His issue was my issue. Ray is running from his family. Unlike Cale, Ray's daughter is in her teens and he's still running. Cale was not even one year old yet when I was able to change, and thank god I did. But Ray hasn't seen it yet. And I hope he realizes he's running from his family and turns himself around and gets involved. I mean, after all, the guy only has 5 days to die...

And that's how it all REALLY began for me.