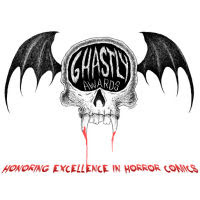 Indie Comics Horror #1, the anthology series from Aazurn Publishing which features work from SIX Comics Experience alums and Creators Workshop members, has been nominated for a 2012 Ghastly Award for Best Horror Anthology 2012!

The Ghastly Awards recognize outstanding achievements in horror comics over a range of 15 different categories. The nominees are chosen by other horror comic book professionals and winners are chosen by a panel of judges, along with votes by creators and fans. 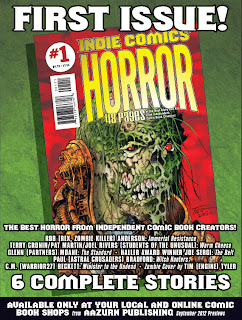 This issue features stories by the following CE alums and members:

* Minister to the Undead written by C.M. Beckett
* The Standard written by Glenn Møane
* Immortal Resistance written by Rob Anderson
* The Belt written by Joe Sergi.
* and BOTH Rob and Joe's stories featured art by DaFu Yu and lettering by E.T. Dollman!