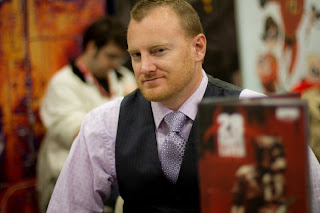 During the discussion, Nelson advised workshop members to focus not just on their strengths, but on improving their weaknesses.

But, he said, creators should avoid thinking, "'Oh, my biggest weakness is that I work too hard.' No, be honest. Because that's what helps you improve and become a better writer."

Nelson used himself as an example. Coming from a prose background, he said, he had some difficulty adjusting to the space limitations of the comics medium. 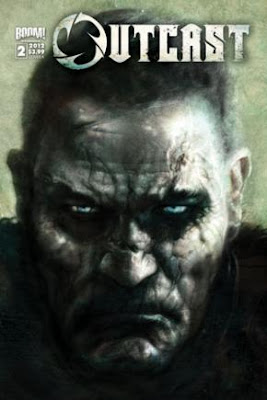 "I would write too much dialogue, not understanding that there's only so much space on the page," he said. "I would get notes that said, you have to cut 50 percent of what's written. I had to learn how to find the most economical way to get something across."

By focusing on your weaknesses, Nelson said, you improve your craft and work to become a well-rounded creator, rather than a "one-note" writer or artist.

"We always want to be improving," he said. "We want to get better at our craft. And that's what it is; it's a craft, it's something we have to work hard for and learn how to do."

And Nelson's advice for strengthening your craft is simple: practice, improve, and gain input from others.

"Take criticism to heart," Nelson said. "If you bring your portfolio to an editor for a portfolio review, listen to what they have to say. Don't ask them, "do you like it?" Ask them, "does it work? What can I do to improve?"

Together, Nelson said, practicing your craft and networking with creators and editors are the best way to break into the comics industry.

"If you love telling stories, become the best storyteller you can be," he said. "Eventually, somebody will give you a chance."

Those interested in learning more about Nelson and his work can go to mansmachinery.blogspot.com.

Creators Workshop sessions take place every month, and feature special guests giving members real-world knowledge that will help them succeed in their comics career. Additionally monthly Creators Workshop Book Club sessions feature guest writers and artists discussing the craft and art of comics, as well as the business side of the comics profession.

Our next live Workshop will be held Tuesday, January 24, 2012. We'll be joined by special guest Paul Tobin, discussing his extensive work on the Marvel Adventures "all-ages" line as well as his work with DC Comics, Dark Horse, and Top Shelf.

Read more about the session with Paul Tobin right here.

-- Posted by Paul Allor
Posted by RobAnderson at 12:08 PM