We're pleased to announce that on Tuesday, January 24, 2012, writer Paul Tobin will be joining us for a Creators Workshop discussion of his career and his experiences writing for Marvel, DC, Dark Horse, Top Shelf and more! 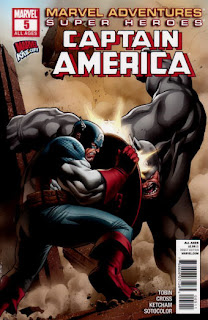 Paul has also published creator-owned work such as the critically acclaimed Gingerbread Girl with artist Colleen Coover, published initially online by Top Shelf and now collected as a graphic novel.