IDW Senior Editor John Barber joined the Comics Experience Creators Workshop recently, to discuss breaking in to comics, and the state of the industry.

Several of the questions revolved around the best way to break into the industry, and Barber repeatedly noted that putting out your own comics -- even if they are self-published -- can help gain attention and help pave the way for future success. 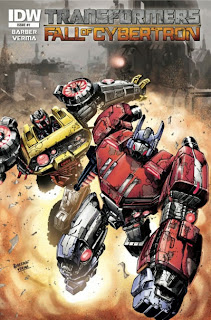 "As a writer, it's extraordinarily hard, if you don't draw, to get a comic done," Barber said, in terms of wrangling talent, financing the book and producing the final product. "Once it's done, you're ahead of the pack, because a lot of people drop off. So if you can get it done, it puts you in another tier."

Barber was the first editor at Marvel to hire writers Jonathan Hickman and Keiron Gillen, and said their previous comics were a big part of what convinced him to bring them on.

"I picked up Nightly News by Hickman, and I was just blown away," he said. "It was like nothing I'd ever read. But it was just enough to see that he could write a Marvel genre comic. Keiron (Gillen), it was the same thing, I read all of Phonogram, and started talking to him. 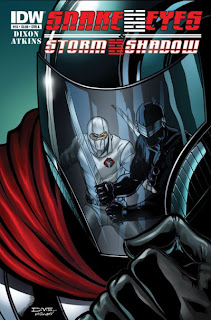 "In both those cases, they did something in their own comic that clearly wasn't writing what they thought somebody wanted to see. It wasn't, 'zombie comics are selling, so we should do zombie comics.' They were doing their own thing."

Making your own comics also allows you to build up your skills, and take advantage of opportunities that come your way. Barber noted that Marvel writer Brian Michael Bendis spent nearly a decade writing and drawing his own comics, before being introduced to editorial staff at Marvel. Once he had that opportunity, Barber said, he was able to show them great comics that didn't read like anything else on the market.

"Breaking into comics successfully requires a lot of luck," Barber said. "It requires you to be in the right place at the right time. But the better you get and the more ready you are to shine at that moment, the more likely you are to get lucky."

* What the comics industry could do to capitalize on the success of licensed books
* What it takes to be successful in comics
* The most important things for people to know about the comics craft
* Working with comics writers from other media
* Whether it's better to work on individual issues or graphic novels
* Using comics internships to advance your career
* Finding an editor for your self-published/small press project
* Choosing the right artist for a project
* Why most comics companies don't have open submissions for writers
* The difficulty of launching a comic strip
* Price points of digital comics
* How the disappearance of comic shops would affect the industry
* Whether editors' careers are influenced by finding the "next big artist."

Creators Workshop sessions take place every month, giving members real-world knowledge that will help them succeed in their comics career. Additionally the monthly Creators Workshop Book Club sessions feature guest writers and artists discussing the craft and art of comics, as well as the business side of things.

-- Posted by Paul Allor
Posted by RobAnderson at 11:55 AM