Christmas was awesome at my house this year. New bike with training wheels for Cale. He is taking to it very easily. And roller skates, too. Those are a little tougher it seems, but pretty funny to watch him flail about! 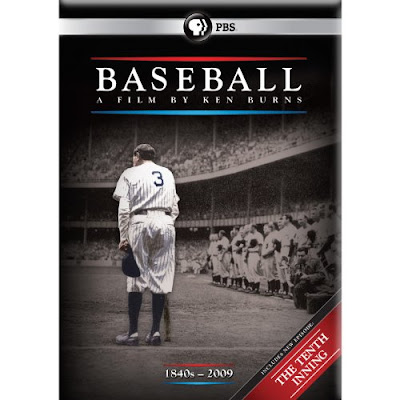 Me? I've already started diving into Ken Bruns's BASEBALL documentaries. I'm two innings in and so far, I'm not disappointed! But really, we're just waiting for baby #2 to arrive in January. So, that's the big thing on the horizon for us.

Oh, right, and what did I do with that time off? Well, I started working on that project I mentioned a week or so ago. So, I started with the initial idea. I expanded on it by fleshing out my characters a bit. Working out their relationships and how they evolved through their lives in a way that was dramatic and made sense.

Then I plopped them into a situation that forces them to work out their differences, or at least confront them. And I'm really torn over the ending. I don't know that it would be possible to have a clearly upbeat ending, but it could have a real downer. I wrote a couple different quick takes, all of which made sense from character perspectives.

Since the work is about something thematically that I feel a strong attachment for, I decided to look at my theme more closely. I developed it a little bit and that helped me figure out how these characters would resolve the situation.

So, like I teach in my classes, I started with an idea, fleshed out the characters and the plot simultaneously and then started moving into the full on plot. Which, is where I still am tonight. It'll probably take me at least another week to get the plot into real shape so that I can start going to script.

Meanwhile, since I'm stupidly going to draw the thing myself, I've started going over different artistic approaches I might take and I think something's starting to gel in my mind. Whether or not I'll be able to even remotely be able to get what's in my head out onto paper is a whole other issue entirely).

Anyway, thought I'd give the quick update on that!

Also, I thought I'd mention that new courses are listed on the website starting up again in March! Great courses with proven track records. If you want to make comics, click on through and sign up for a class today!

Andy
Posted by Comics Experience with Andy Schmidt at 10:34 PM